Search our top spots in Philadelphia

Food, drink, activities and more in Philadelphia, or any city in USA or the world...

Rich in revolutionary history, where the Declaration of Independence and Constitution were signed, Philadelphia is one of the true birthplaces of modern America. It’s no wonder Rocky Balboa climbed those hallowed steps to bask in its glory.

Located on the rivers Delaware and Schuylkill rivers in Pennsylvania, Philadelphia is the fifth-largest in the United States. The ‘City of Brotherly Love’ offers a great deal to visitors looking for historical and cultural attractions. Philadelphia is a city with history coursing through its veins. The first important stop for tourists interested in the story of America is Independence Hall! This is the UNESCO World Heritage Site where the country’s Founding Fathers gathered in 1776 to lay the framework for the US Constitution. The Liberty Bell, another iconic symbol of American Independence, is situated opposite and is free to visit all year-round. The Benjamin Franklin Parkway is Philadelphia’s artistic mile, housing some of the city’s most important institutions. These include The Barnes Foundation, The Franklin Institute, and The Academy of Natural Sciences. The Philadelphia Museum of Art contains an array of Impressionist and post-Impressionist paintings including one of Van Gogh’s Sunflowers. In front of the building lie the aforementioned steps that were famously ascended by Sylvester Stallone in the movie Rocky. A statue of his film character now stands near the front of the museum. Incidentally, Philadelphia has more outdoor sculptures and murals than any other American city. The Love Sculpture, in John F. Kennedy Plaza, is a particular favorite of local residents. Philadelphia offers plenty of high-end dining options but the simple cheesesteak is the city’s most famous authentic food. The 127-year-old Reading Terminal Market is the best place to go if you want to search out the best produce in town. The renowned Philadelphia Orchestra is based at the modern Kimmel Center. However, the most scenic way to appreciate their musical majesty is with a picnic at their summer venue, the Mann Music Center. You can go by Strawberry Mansion Bridge by Fairmount Park and enjoy views of Boathouse Row on your way. This is the perfect platform to view the glorious lights of Philly at the end of your day. 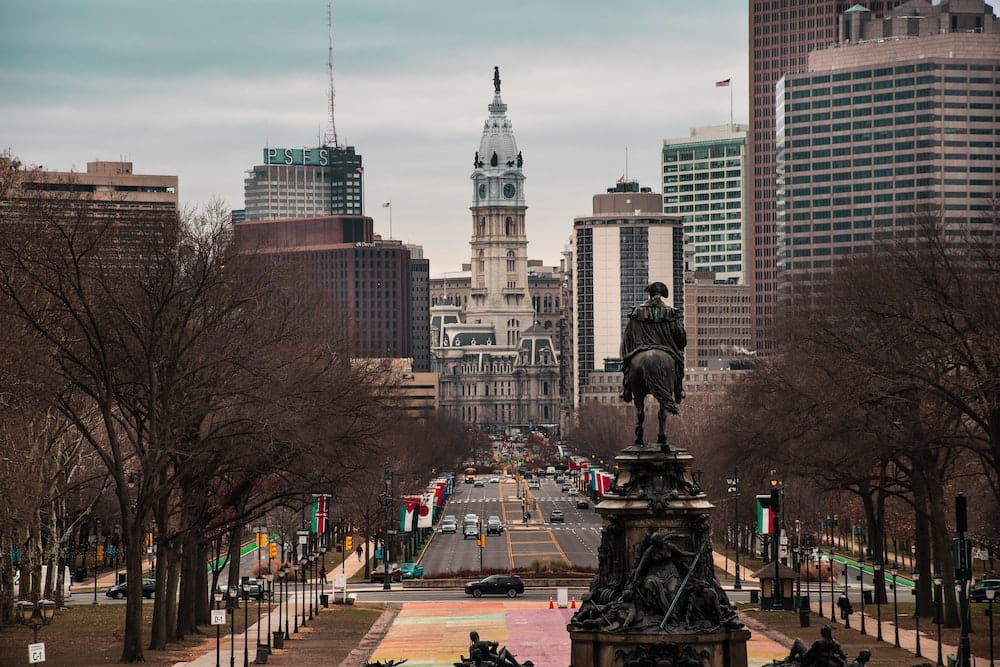 Explore our top spots in Philadelphia