Search our top spots in Omaha

Food, drink, activities and more in Omaha, or any city in USA or the world...

Omaha is a lovely city that was shaped by the labour and cultural landscape of many American people. Native American Indians, European pioneers, and historic railroad workers all helped create this welcoming riverfront metropolis that is so worth visiting today.

Situated on the Missouri River in the state of Nebraska, Oakland is an enjoyable stopover for anyone undertaking the Lewis & Clark National Historic Trail. The origins of the city have ensured its place in pioneer history and the story is well documented within museums in the region. Oakland has developed beyond measure since its inception in 1854. Today the city has benefited from billions of dollars in urban regeneration schemes providing both locals and tourists with many cultural attractions. A highlight of these developments is a pedestrian bridge nicknamed Bob. Remarkable in many aspects, the unique Bob Kerrey Pedestrian Bridge is an s-curved footbridge that connects two American states - providing walkers and cyclists with a scenic route across the water to Iowa. Close by in Downtown Omaha lies Lewis and Clark Landing a 23-acre green space with an interesting National Park Visitor Center. The Lauritzen Gardens is another recommended outdoor visitor attraction in the area. The venue, located in the South Omaha district, features a bird sanctuary, beautiful botanical gardens, and an arboretum. One of Nebraska’s most popular attractions is Omaha’s Henry Doorly Zoo and Aquarium. Spanning over 160 acres this is a fascinating place where you will experience some unexpected exhibits. Everything here is done on a large scale so take your time to appreciate: Dome Desert - the largest indoor desert in the world; the Suzanne and Walter Scott Aquarium - a 70-foot-long shark tunnel; Lied Jungle - North America's biggest indoor rainforest; The Kingdoms of the Night - a huge nocturnal gallery where you can view animals close up and in the dark. Make sure you don’t miss out on Omaha’s museums and external artistic displays that depict its emotive history. The best of these include Durham Museum and the Spirit of Nebraska's Wilderness and Pioneer Courage Park. The ‘park’ is a free attraction installed across several city blocks that features remarkable sculptures including a herd of bison. 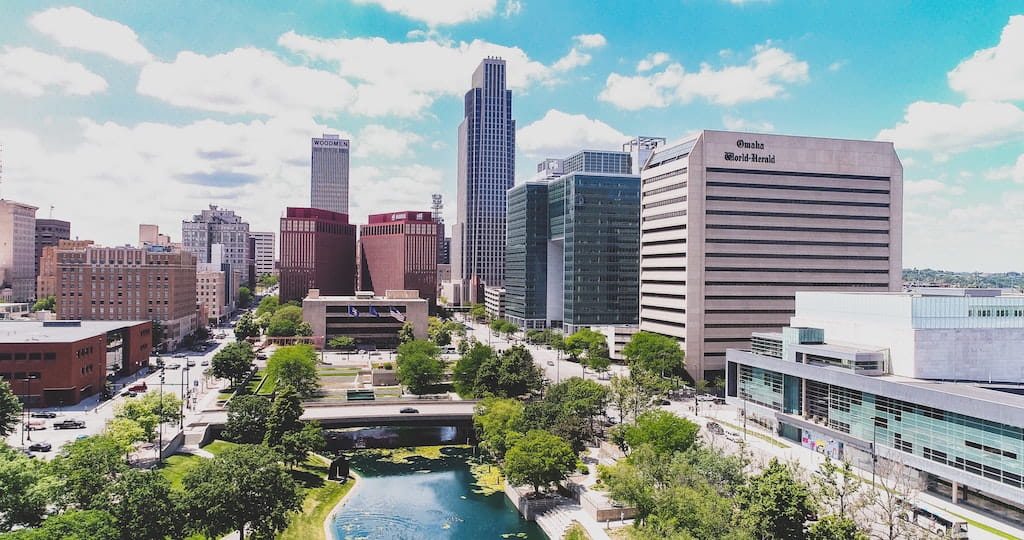 Explore our top spots in Omaha