Food, drink, activities and more in New York, or any city in USA or the world...

New York, the Big Apple! Where should you go, what should you do? Downtown or Uptown? Broadway or Off-Broadway? Statue of Liberty or the Empire State Building? Pastrami or pretzels? Even the snacks are exciting!

This American city is so good they named it twice! The famous song “New York, New York” is a joyous nod to its name and where it is located: the state of New York. There is so much to take in and experience here. Vibrant neighborhoods like Harlem, Queens, or the Bronx, to awe-inspiring observation decks at Top of the Rock and One World Observatory. There is so much to do in New York City, the choice is simply dizzying. It’s a good idea to plan some activities but don’t feel guilty when you get distracted on the way! Appreciate the green space of Central Park on the way to visit The Metropolitan Museum of Art. Head to China Town for dinner via the moving 9/11 Memorial Museum located at the World Trade Center. Explore the city’s districts using the New York City Subway, and make sure you visit the Grand Central Terminal en route, it has a market and shops!. On the water take a ferry to appreciate the history of Ellis Island and Liberty Island. Immerse yourself for a day in Manhattan: choose bagels and cream cheese for breakfast on the Upper East Side, at lunchtime walk by the banks of the beautiful Hudson River, then at night take a yellow taxicab to the iconic urban Times Square to experience art installations and live music. Time your visit to coincide with one of the city’s special parades. New York’s streets truly come alive with these unique events that include Macy's Thanksgiving Day Parade, Hispanic Day Parade, and Village Halloween Parade. This is the city that never sleeps! Even galleries remain open late; most restaurants, clubs, and bars buzz until the early hours. So chomp your way through cheesecake and chowder, raise your jazz hands to Broadway and enjoy every second of your time in New York. 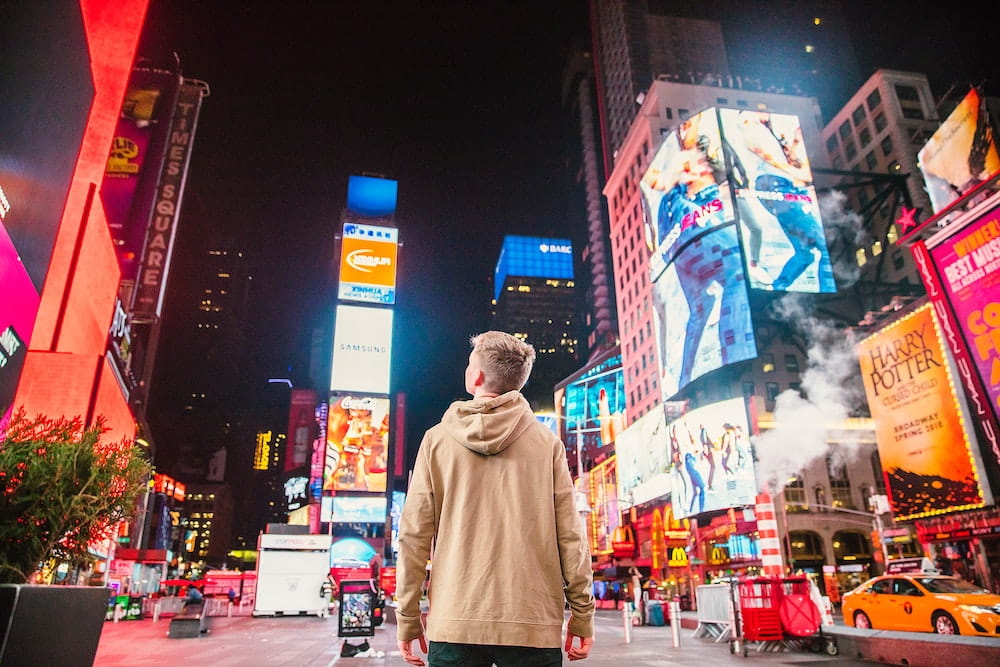