Search our top spots in Indianapolis

Food, drink, activities and more in Indianapolis, or any city in USA or the world...

Start your engines! We are heading for Indianapolis, home to Indianapolis Motor Speedway - the world-famous track used for 3 races: Brickyard 400 NASCAR Race, Red Bull Indianapolis GP, and of course, the Indy 500!

But it’s not all downforce and screeching cars in this typical Midwest City. Visitors to Indianapolis, affectionately known as Indy, will also appreciate the calm beauty of Central Canal, and a long list of cultural attractions. Located to the southeast of Lake Michigan on the White River, this is the capital city of the US state of Indiana. Indianapolis is home to two major American league sports clubs, four universities, and interesting museums like The Children's Museum of Indianapolis. Sport, culture, and education attract people to Indianapolis from all over the world. Its flourishing culinary scene and award-winning breweries also keep them happy when they are here. International tourists arrive in their hordes to the city every May for The Indianapolis 500. The race is contested as part of the IndyCar Series and it is currently the biggest single-day sporting event on earth. The Indy 500 is so highly regarded it claims a place within the Triple Crown of Motorsport alongside the Monaco Grand Prix and the 24 Hours of Le Mans. Away from the track tourists can enjoy the three-mile canal walk alongside The Central Canal. The route offers visitors a lovely perspective of downtown Indianapolis and paddleboats can be hired on the waterway. Follow the canal from 11st Street all the way to White River State Park, taking in riverside shops, restaurants, and the Eiteljorg Museum, as you wander. The park is one of the city’s best attractions, an impressive green space encompassing many of Indy’s best visitor attractions. Explore its environment on the water, by foot, or hire a bike to follow the scenic River Promenade. Amongst these grounds, you will discover the Indianapolis Zoo, The TCU Amphitheater, NCAA Hall of Champions, and the Indiana State Museum. As Indianapolis was recently voted a Top Five Beer City in America, you can be sure that the city is as fun at night as it is in the day. Local breweries range from intimate taprooms to vast production warehouses, and the choice of beers and ales available are as varied as the venues. 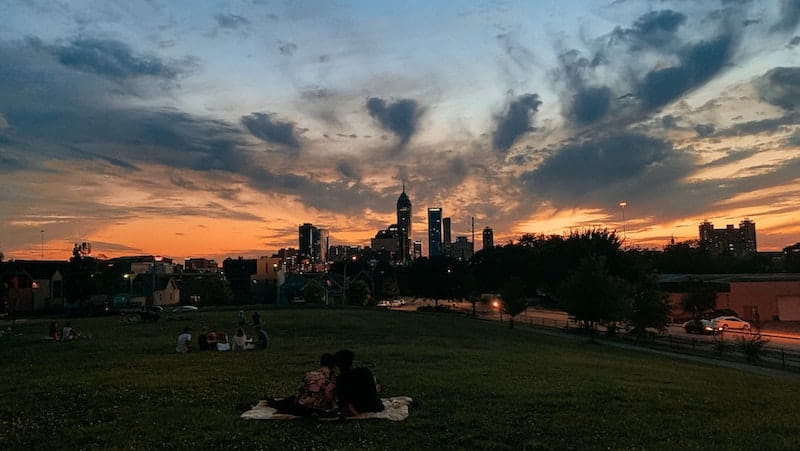 Explore our top spots in Indianapolis