Search our top spots in Chicago

Food, drink, activities and more in Chicago, or any city in USA or the world...

There are valid reasons why Chicago keeps being named the Best Big City in the USA. Located on Lake Michigan in Illinois, it is known for its striking architecture, an acclaimed dining scene, pioneering Jazz and Blues music, and world-leading museums.

The Windy City is a medley of modern wonders and cultural offerings, plus its population is considered one of the friendliest in America. Forgetting Al Capone and his 1920’s gangster mob of course. The first thing you notice when you arrive in Chicago is its bold skyscrapers, such as the Willis Tower (formerly the Sears Tower) and the neo-Gothic Tribune Tower. The best views you will get of the city is by going up one - the 360 Chicago Observation Deck and the Skydeck Chicago are two popular viewing platforms. Don’t fancy looking down from a glass ledge on the 103rd floor? Then there are plenty of riverboat tours you can take to bask sedately in the architectural glory of Chicago. If you prefer to keep your feet on terra firma, The Magnificent Mile and the Chicago Riverwalk let you experience Chicago up close and without vertigo. The city has world-leading museums and galleries where you can appreciate many masterpieces on display. The Art Institute of Chicago, Museum of Contemporary Art, Museum of Contemporary Photography are all highly recommended. You can look into the solar system and the history of the universe at the Adler Planetarium or take in aquatic offerings such as piranhas and sharks at the Shedd Aquarium. Chicago’s award-winning dining scene is as diverse as the city itself. From fine dining at luxurious rooftop bars to authentic street food, there is something for every palate here. Where would the world be without the Chicago-style (deep dish) pizza and the Maxwell Street Polish Sausage! This Midwestern metropolis is steeped in musical history. Jazz is deeply rooted here, Rock and Roll was greatly influenced by the Chicago ‘Electric’ Blues, and House Music originated in a Chicago nightclub called The Warehouse. So it’s no surprise that after a day of sightseeing, Chicago can also offer you great clubs and venues to rock the night away. 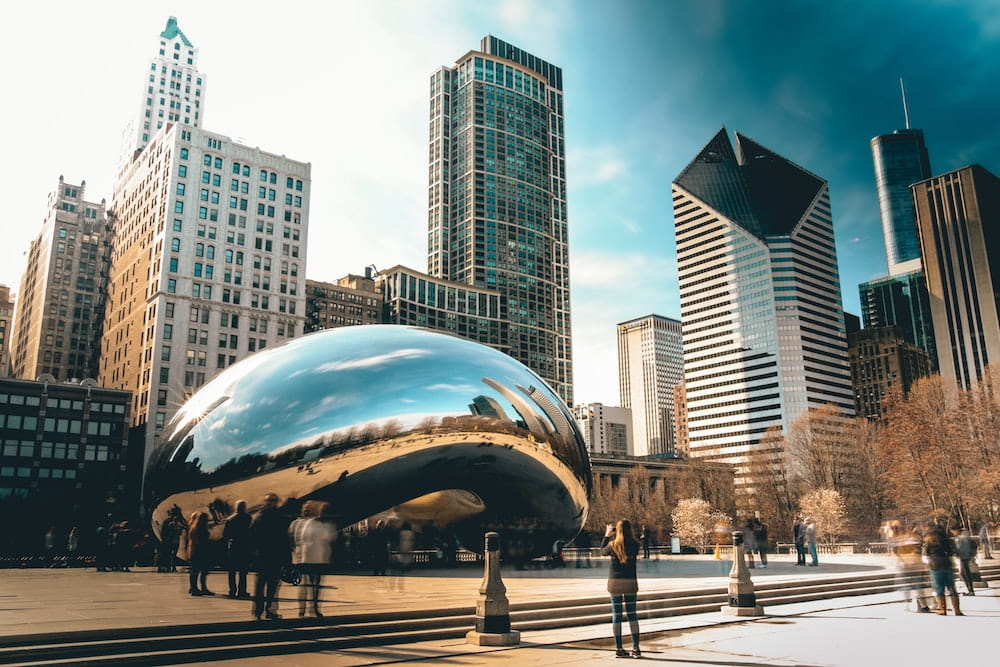 Explore our top spots in Chicago