Search our top spots in Baltimore

Food, drink, activities and more in Baltimore, or any city in USA or the world...

The Star-Spangled Banner, television’s The Wire, and Babe Ruth. What do these historical and cultural icons have in common? Well, they all hail from the streets of Baltimore.

Important events from history are entwined with a strong sporting legacy and other modern popular culture here in Maryland’s largest city. Known as the ‘City of Neighborhoods’, Baltimore has 72 distinct districts and a diverse population born of immigrants from all over the world. At its centre lies Mount Vernon, an artistic hub and home to the famous Washington Monument. Downtown areas to explore include the Inner Harbor, Little Italy, and the historic Fells Point. The scenic waterfront of Inner Harbor is packed with many interesting attractions. Visit the Maryland Science Center’s planetarium and observatory, and the National Aquarium, where you can view giant turtles. In 1814 Baltimore was the inspiration for ‘The Defence of Fort M’Henry’ a poem penned by Francis Scott Key. One night the poet witnessed Fort McHenry holding steadfast against a ferocious assault by British forces. Moved by the sight of a lone American flag still flying the next morning, Key penned the prose that later became America’s national anthem. The story can be fully experienced at the Fort McHenry National Monument and Historic Shrine. Sports fans must take a detour to the beautiful Oriole Park at Camden Yards, the home of Baltimore’s Major League Baseball team. Take a tour, enjoy a game, and celebrate old traditions with local fans. Culture vultures can appreciate the arts at events like Artscape, held in Bolton Hill and considered to be the ‘largest free arts festival in America’. You can also view the world’s largest public collection of Matisse at The Baltimore Museum of Art for free, or pay homage at the grave of Edgar Allan Poe. Film buffs should attend the annual Maryland Film Festival and check out its main venue the memorable Charles Theatre. The city’s streets are a veritable film set whose features have included Homicide: Life on the street, House of Cards, Veep, and the aforementioned The Wire. And after a long day of history, landmarks, and cultural experiences? Why not sip a whiskey cocktail by the water’s edge at Sagamore Spirit Distillery in Baltimore’s Port Covington? Just spiritual heaven. 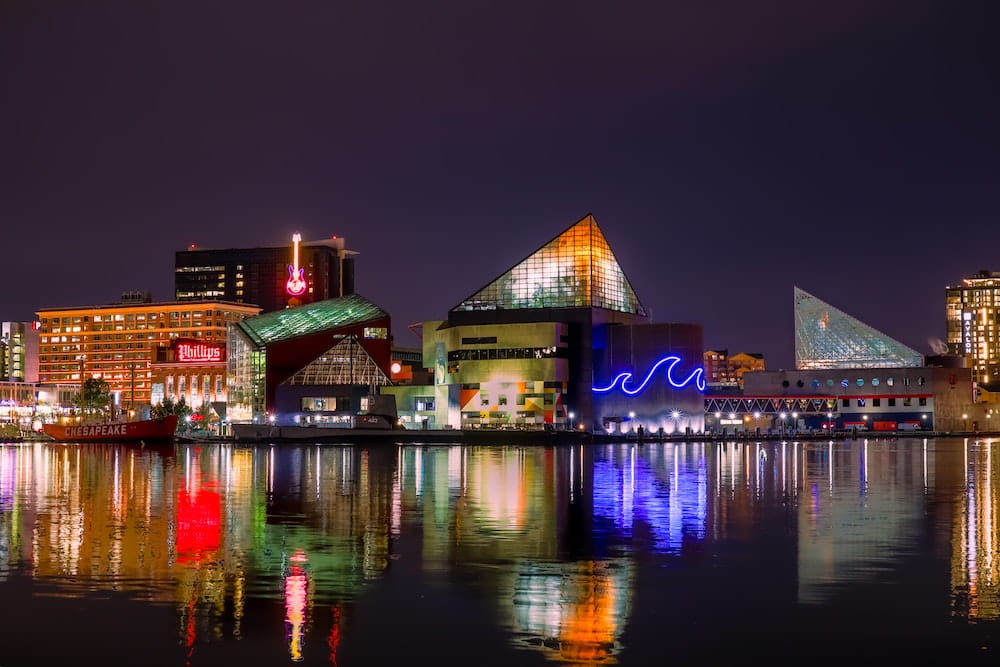 Explore our top spots in Baltimore