Search our top spots in Austin

Food, drink, activities and more in Austin, or any city in USA or the world...

There is just something different about Austin. A laid-back Texas city, with several names, known for disparate reasons: Tex Mex cuisine, innovative technology, vintage fashion, and the best live music venues on earth.

In the world of business, Austin’s ‘Silicon Hills’ is respected as a thriving hub for high tech and start-ups. Amongst musos, the city is known as the ‘Live Music Capital of the World’. And many fondly call it the ‘City of the Violet Crown’ because of the beautiful glow of light that crosses its hills just after sunset each day. Built on the banks of the Colorado River in Central Texas, Austin lies 146 miles northwest of Houston. From the shores of Lady Bird Lake to its highest vantage point on Mount Bonnell, Austin is a place of natural beauty. Taking the Hike-and-Bike Trail around Lady Bird Lake is a great way of discovering the city’s main outdoor attractions. The ‘Live Music Capital of the World’ moniker was derived from Austin’s varied and endless music heritage and 250+ venues. The famous live-music television program Austin City Limits has been broadcast here since 1976. Originally filmed at the University of Texas it later moved to its new home at the W Hotel in downtown Austin. The Sixth Street District, affectionately known as ‘Dirty Sixth’ by locals, is host to Austin’s main nightlife scene. Lined with pubs, bars, and live-music venues this is one of the most charming and colourful areas of the city. Tex-Mex food is a major draw to the city and you can sample the best of this cuisine at Austin’s historic Matt’s El Rancho. Also taste some smoky delights at the state’s best barbecue joints, Franklin Barbecue being its most famous. This liberal town just loves kooky vintage fashion and upcycled jewellery. Local retail therapy is a big passion for Austinites and visitors will be enthralled by the countless boutique shops established in the city. The residents of this alternative town are keen to remain unique - as illustrated by the promotional slogan “Keep Austin Weird” that was recently adopted by the Austin Small Business Association! 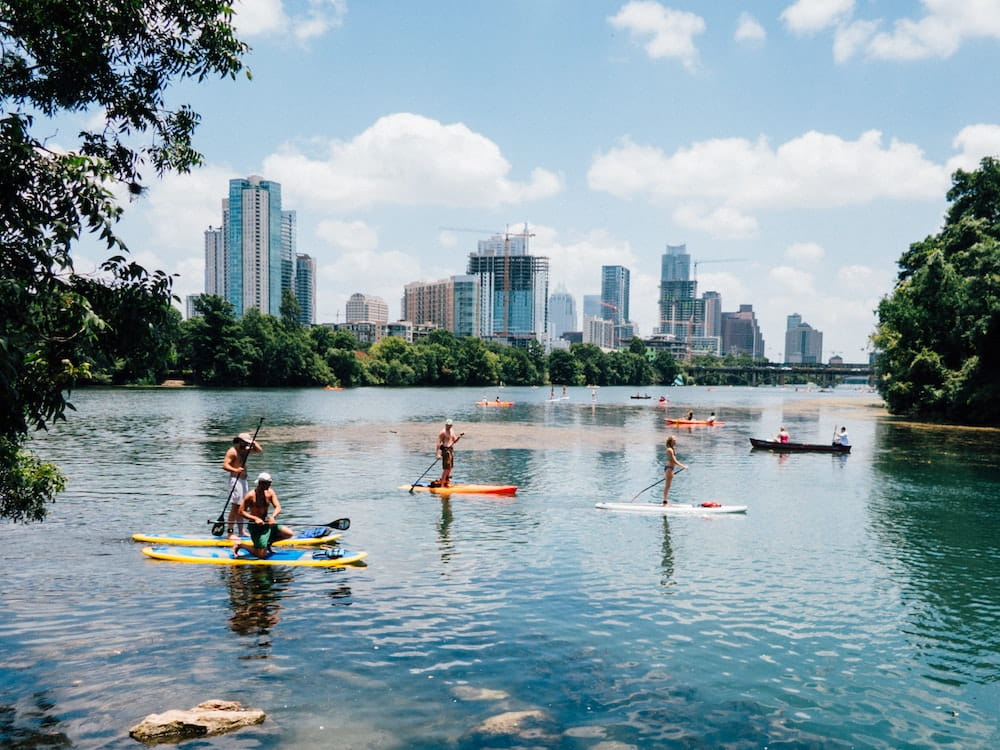 Explore our top spots in Austin