Search our top spots in Portsmouth

Food, drink, activities and more in Portsmouth, or any city in United Kingdom or the world...

Portsmouth is a genuine treasure trove for tourists interested in naval history. This port city is home to a host of fascinating museums dedicated to Britain’s maritime heritage and past wartime endeavors.

Located on England’s southeast coast, Portsmouth’s natural harbor has been used as an important base for the Royal Navy since the days of the Spanish Armada. Now officially named Her Majesty’s Naval Base, Portsmouth (HMNB Portsmouth), it remains a crucial waterside station to this day. The city’s star attraction is Portsmouth Historic Dockyard that houses three incredibly famous ships: Lord Nelson's HMS Victory; Henry VIII's Mary Rose; and HMS Warrior, the Royal Navy's first iron warship. The venue offers visitors a long list of attractions including fun tours and laser quest activities. Other places of interest include the National Museum of the Royal Navy and the excellent D-Day Story. This permanent exhibition is located in neighboring Southsea and covers the Allied invasion of France's Normandy coastline in 1944. Medieval architecture can be admired at the entrance to Portsmouth harbor where The Round Tower (1418) and the Square Tower (1494) stand. Originally built for military purposes, they are now used for concerts, markets, and weddings. Try out the Round Tower Cafe for morning coffee with its excellent views over the Solent. The historical tales continue at The Charles Dickens' Birthplace Museum. Here literary enthusiasts can appreciate memorabilia and many personal manuscripts belonging to the great novelist. The museum also organises special walking tours, book readings, and other Dickens’ themed events. Soaring 170 meters above the many historical and cultural landmarks of Portsmouth stands the Emirates Spinnaker Tower. This unusual tourist attraction has observation decks overlooking the harbor, sea, and surrounding coastline. It also offers visitors panoramic views from its Café in the Clouds and a unique abseiling descent for thrill-seekers. After any busy excursion, tourists can recharge their batteries and head to nearby Southsea Beach or take a short ferry ride to relax on the beaches of the lovely Isle of Wight. 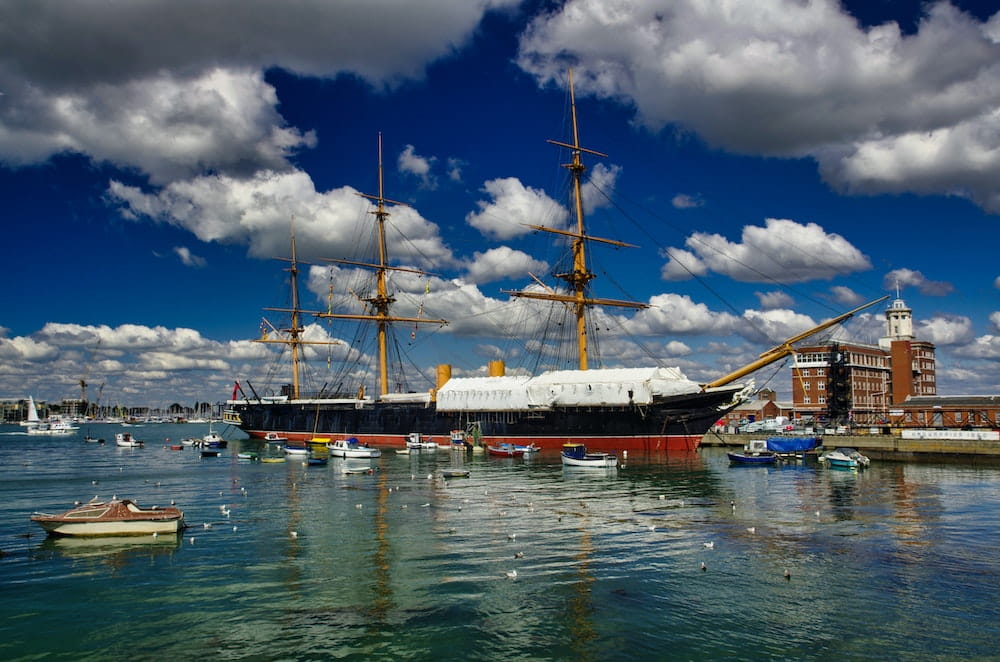 Explore our top spots in Portsmouth