Search our top spots in Bradford

Food, drink, activities and more in Bradford, or any city in United Kingdom or the world...

Welcome to Bradford, a diverse and engaging city located in the northern English county of West Yorkshire, close to the region's capital of Leeds.

When you visit Bradford you will experience a compelling mix of culture and history, from aspects that include both modern and 19th Century landmark architecture, to an eclectic cuisine born from its vibrant and diverse population. Historically, Bradford benefits from an interesting contrast of gritty industrial history and the legacies left behind by famous artistic sons like David Hockney, the Brontë sisters and the composer Frederick Delius. These factors form an important part of the reason why tourists have so much to enjoy in the area having created interesting venues like the Bradford Industrial Museum, The David Hockney Gallery at Cartwright Hall and The Brontë Parsonage Museum. Via modern society the city has acquired other impressive attractions, most notably The National Science and Media Museum, a haven for pop culture enthusiasts that is dedicated to image and sound technologies. This popular exhibition will take you on a fascinating exploration of film, television, photography, animation and video gaming, and validates why Bradford, unexpectedly, became the world’s first UNESCO City of Film. Bradford has much to offer the enthusiastic shopper with several impressive retail outlets including The Bradford Mall and the underground complex Sunbridge Wells, which forms part of the historic Victorian trading quarter. This atmospheric network of tunnels is lined with small shop units, restaurants and bars, whose main entrance is close to Bradfords award winning City Park, a public square famous for its mirror pool, the largest urban water feature in the UK. The city’s multicultural influences are beautifully highlighted within Bradford’s Lister Park, gardens that feature Islamic and Indian architecture, and offer a unique environment that can be enjoyed by the whole family during the day. Bradford is no less entertaining at night! If you like your leisure time served with a dramatic flourish then the city has several theatres worth attending. Those of note include the Bradford Playhouse and The Alhambra Theatre, a theatrical venue considered to be one of England’s finest, and one that offers entertainment in the form of plays, musicals and traditional pantomimes. For foodies this northern city is a multinational delight of restaurants and cafes serving dishes that originate from all over the world. It is renowned for its Persian, Pakistani and Indian cuisine and both strict vegans and rampant meat eaters alike will find much to satisfy their culinary demands. Bradford is an exciting destination for any tourist and whether your interests lie within modern culture, literature, retail therapy, art, history or on a restaurant’s menu, you will find much to enjoy in this fascinating and enjoyable city. 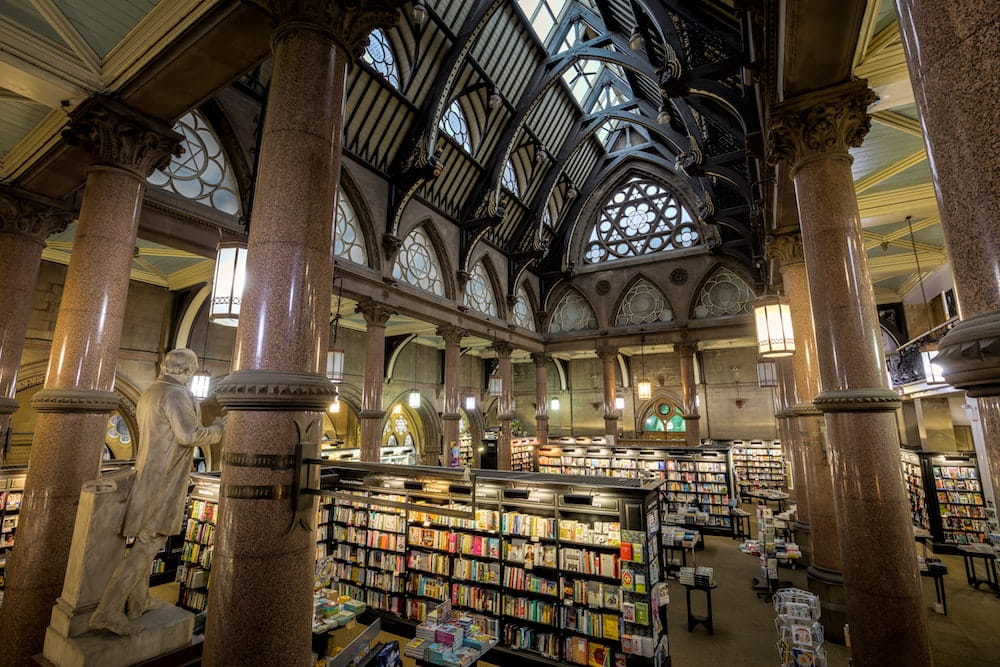 Explore our top spots in Bradford