Search our top spots in Canberra

Food, drink, activities and more in Canberra, or any city in Australia or the world...

Canberra is a beautifully designed political city that offers a host of cultural venues and exciting activities. When you visit the capital of Australia, expect a great deal of fun alongside the serious business of parliament.

Situated in the Australian Capital Territory (ACT), Canberra is Australia’s largest inland city. The location was purposefully chosen as the country’s capital to resolve the rivalry bid for the title between Melbourne and Sydney in the early 1900s. The city was carefully planned to incorporate vast greenspaces and impressive government buildings. The result is a scenic modern metropolis that will delight any visiting tourist. At its centre lies Lake Burley Griffin, a true jewel in Canberra’s crown. The shores of the lake are home to many of the capital's top attractions including the National Gallery of Australia, Jerrabomberra Wetlands Nature Reserve, and Commonwealth Park. One of the best things to do in Canberra is to explore the region of Parliament Triangle. Begin at the incredible New Parliament House, a boomerang-shaped building on Capital Hill. Outside you can explore extensive gardens and even enjoy the view from its grass-covered roof! Inside the public can gain admission to the public galleries of the House of Representatives and the Senate. So during official sitting times, take the opportunity to view how Australia’s parliament works in person. Highly recommended is the 3.5 kilometre walk from Parliament House to the centre of the city. The route takes in woodlands, includes informative signs about the area, and ends at the Jolimont Centre. The food scene, wineries, and breweries found in Canberra are amongst the best in Australia. And that’s a high bar! Highly recommended for foodies is Verity Lane Market, a venue that includes a mouthwatering food hall, bars, and alfresco dining areas. If you love wine then Canberra won’t disappoint! There are more than 140 vineyards in the region and many wineries offer great food and incredible views. Arrange a weekend getaway and enjoy the harmonious wines and landscapes of regions like Murrumbateman and Yass, and Canberra and Hall. Finally, for a perfect evening, book a table at one of Canberra’s breweries or distilleries. Head to the district of Fyshwick to sample the craft beer at Capital Brewing Co or a large glass of gin at the Big River Distillery. 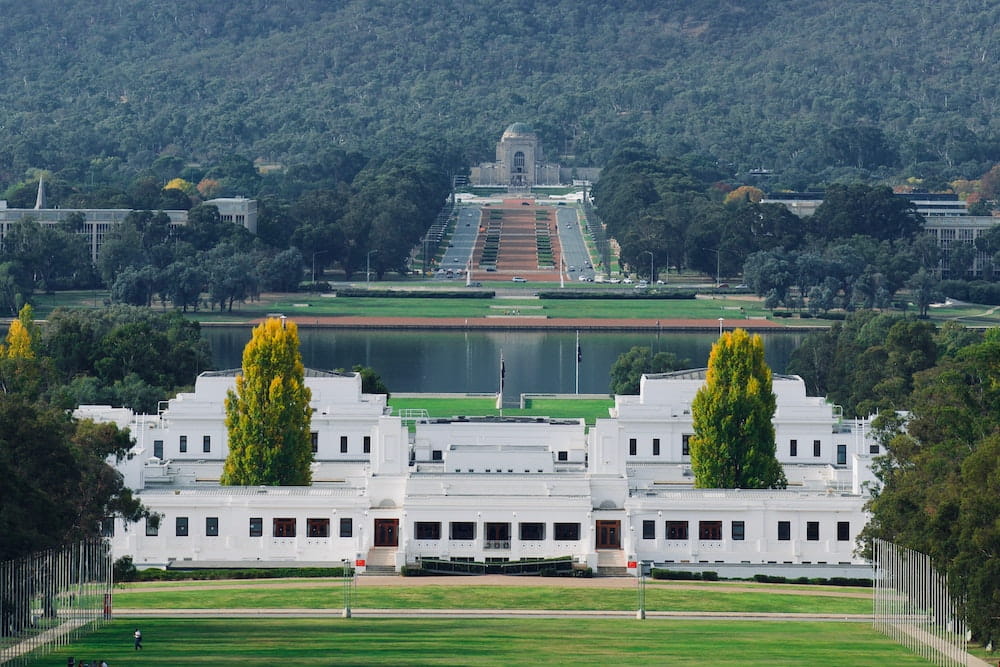 Explore our top spots in Canberra