Food, drink, activities and more in Quebec City, or any city in Canada or the world...

Québec City: historical, atmospheric, with an engaging French Canadian Culture. There’s no other place quite like this wonderful city anywhere in the world.

Overlooking the St. Lawrence River from a high location above steep cliffs, Québec City is arguably the most fascinating city in the province of Québec. This mostly French-speaking region in eastern Canada is also home to the more cosmopolitan Montréal, but for history and breathtaking scenery, you can’t beat Québec City. At the heart of the city lies Old Québec: Vieux-Québec, a UNESCO World Heritage Site and the only fortified walled city in North America. This district offers a feast of historic landmarks and is best enjoyed on foot via its cobblestone streets. Amongst the top attractions to see here is the Citadelle, a star-shaped fortress replete with ramparts and ditches. Guided tours of the historic venue detail the garrison’s 300-year-old story and provide spectacular views of Québec City and the river. Next, wander through the grounds and 17th and 18th century architecture of Place Royale - the spot where the city was originally founded. Today it is a charming environment with restaurants, shops, and lovely patios, where you can sit and take in the beauty of your surroundings. Other highly recommended landmarks to visit in the district are Notre-Dame des Victoires, Musée de la Civilisation, and the little Batterie Royale that overlooks the water. A highlight of any tour of Québec City is a stroll around Quartier Petit-Champlain. With its impressive European architecture, the area is considered one of the most enchanting parts of the city. Amongst its narrow streets, you will find unique shops, art galleries, and great restaurants. One of the best things to see here is Rue du Cul de Sac, a picturesque lane covered with umbrellas. Outside the city walls stand two iconic cultural landmarks worth visiting: Plains of Abraham and Parliament Building. The former, also known as Champs de Bataille, is a picturesque green park. The latter is the home of Québec's provincial government and its historic halls and grounds are open to the public for tours. Try not to leave this amazing Canadian city before taking a trip on the Québec-Levis Ferry. The short passage across the St. Lawrence River provides yet another great way to experience the beauty of this city. Catch a late crossing at dusk to take in the illuminated Château Frontenac and Québec City’s historic skyline. 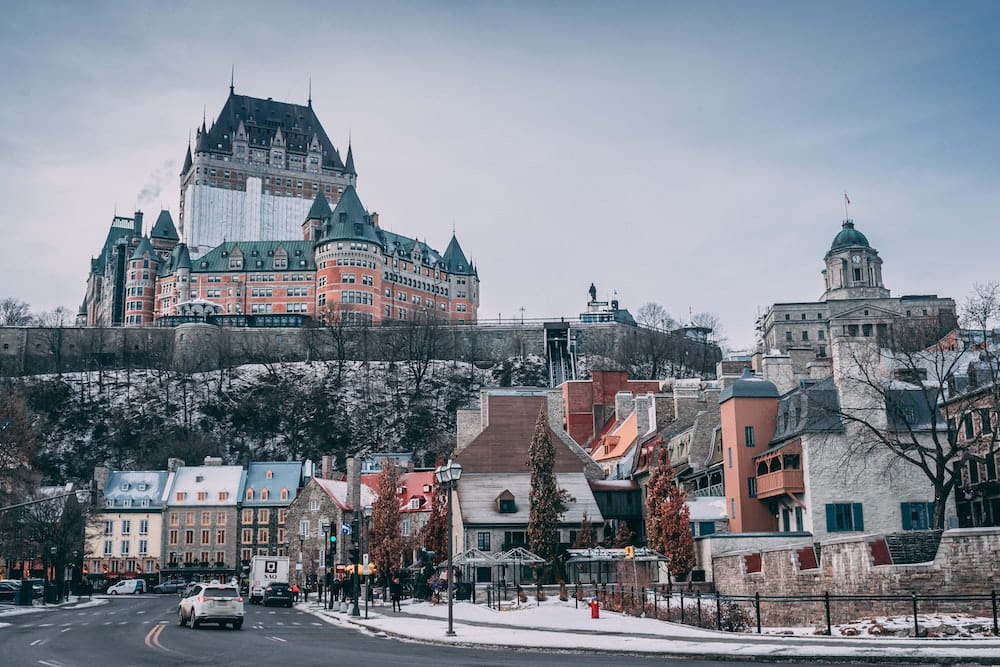